“Marian Dodge is an outstanding community volunteer,” stated Senator Portantino. “Her tireless advocacy on issues such as historic preservation and improving the quality of life for the residents of the 25th Senate District is why she is so deserving of this honor. Thousands of Los Angelenos value and enjoy Griffith Park because of the work of Marian and the Friends of Griffith Park.  I’m happy to share and honor her tremendous accomplishments in Sacramento and across our district. ”

Ms. Dodge is past President and current Chairperson of the Hillside Federation, an organization of 46 homeowner associations spanning the Santa Monica Mountains that work to preserve the quality of life, the natural topography, and open space of the hillsides.

She is a founder and past President of Friends of Griffith Park, a non-profit that advocates and supports the park through educational activities and volunteer service. Marian is  a 25-year board member and past President of the Los Feliz Improvement Association (LFIA), the advocacy group for her local neighborhood, and co-chair of its History Committee. LFIA led the charge to get all of Griffith Park designated a City Historic-Cultural Monument in 2009.

A native Californian, Ms. Dodge has lived in Los Feliz with her husband since 1968. She taught English and coordinated the English-as-a-Second Language program at John Marshall High School. She has a Bachelor of Arts from the University of California, Berkeley and a Master of Arts from California State University, Los Angeles. Ms. Dodge served in the Peace Corps in Togo, West Africa and was a volunteer host at the 1984 Olympics and at the Special Olympics in Los Angeles. She enjoys hiking, cooking, and modern architecture.

“I thank Senator Portantino and the State Senate for this recognition of my work on behalf of several community organizations,” stated Ms. Dodge. “I am also grateful to the committed volunteers with whom I serve on these important and active nonprofits who make my work a joy to do.  In particular, the Hillside Federation is grateful for Senator Portantino’s preservation efforts as a member of the Santa Monica Mountains Conservancy and for his sensible approach on housing.  I’ve also been incredibly pleased by the productive collaboration between Friends of Griffith Park and Senator Portantino on local issues, including the rodenticide moratorium that has affected this magnificent and important park.  I look forward to what we can do together once the pandemic is behind us,” she added.

The California State Legislature first recognized March as Women is History Month in 1987 and has continued the tradition. Each year, members of the State Legislature recognize the exceptional women in their district with a celebration commemorating their accomplishments and positive impact on their communities. This year, the ceremony will be held virtually due to the COVID-19 pandemic. 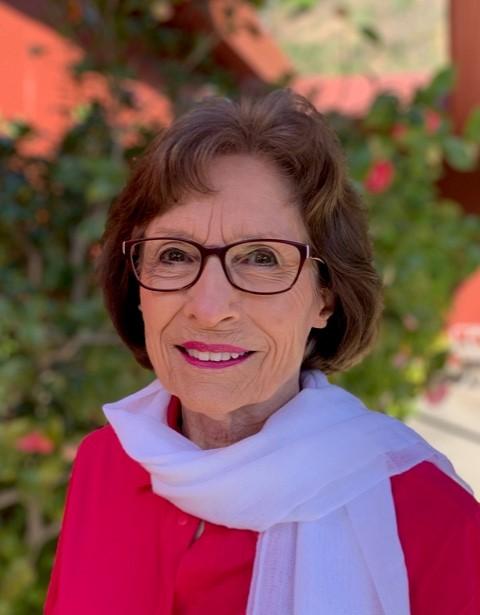