The University of California’s Umbilical Cord Blood Collection Program will sunset next year. This program collects units of umbilical cord blood for public use in transplantation and for specified research. This bill would extend the provisions of the program until January 1, 2025. It would raise the fee by one dollar for a certified copy of a birth certificate that would go directly into the programs fund.

This bill updates the Political Reform Act to create better and more accurate financial disclosure requirements for elected representatives to include an annual statement indicating investments or interests in property and income received from each reportable source. This bill sets new, more specific threshold reporting requirements in order to provide more insight into the level of economic interest.

This bill would require Legislative Analyst (LAO) to conduct an assessment, make recommendations, and determine the cost to integrate the state’s elementary schools, secondary schools, and the California Community Colleges in better preparing students to be academically and financially prepared for their transitions in K-14.

The existing Horse Racing Law will sunset next year that requires any racing association that conducts thoroughbred racing to pay to the owners’ organization contracting with the association an additional 13/4% of the portion required to be deducted for purses for a national marketing program. This bill would extend the operation of the program until January 1, 2022.

Beginning next year this bill would require an individual or group health care service plan contract or health insurance policy issued, amended, or renewed that covers hospital, medical, or surgical expenses to include coverage for medically necessary expenses for standard fertility preservation services when a necessary medical treatment may directly or indirectly cause infertility to an enrollee or insured.

This bill would establish standards for the use of personal services contracts by the trustees similar to those in the State Civil Service Act for services that are currently or customarily performed by employees of the university.

This bill would prohibit middle and high schools from starting classes before 8:30 a.m. Studies show that pushing back the school day sees an increase in attendance rates, grade point averages, and test scores as students get their full recommend amount of sleep and earlier start times may create problems for parents who drop their kids off before heading to work in the morning.

Is School Bell Ringing too Early for Sleepy Students? Some Say Yes

The bill would require a local educational agency to communicate in the native language of the parent, during the planning process for the individualized education program, and to provide alternative communication services, including by providing translation services for a pupil’s parent.

This bill would authorize the director, by emergency order, to temporarily suspend, limit, or condition any license that authorizes consumption of alcohol on the premises of the licensee, prior to any hearing when the action is urgent and necessary to protect against an immediate threat to health or safety that is reasonably related to the operation of the licensed business.

This bill would define a “qualified autism service professional” to mean a person who is a behavioral service provider that meets the State Department of Developmental Services’ education and experience qualifications to provide services.

This is a spot bill to authorize the legislative body of a city to do any and all things necessary to lay out, acquire, and construct any section or portion of any street or highway within its jurisdiction as a freeway and to make any existing street or highway a freeway.

Nationwide, 91 people die every day from opioid overdoses, according to the Centers for Disease Control and Prevention. This bill is one of the first of its kind in the country that would ban doctors from prescribing OxyContin, the brand name for the drug oxycodone, to people under 21 years of age.

This bill would authorize the use of 2 existing advertising displays in the City of Upland adjacent to Interstate 210 if specified conditions are met.

This bill would require the governing board of each community college district to direct the appropriate officials at their respective campuses to identify those students who have completed an associate degree for transfer to be added to the identification system that can be accessed electronically by the California State University and the University of California enrollment systems.

California’s gun law allows for the purchase of one handgun per month limit. This bill would include all types of firearms to be purchased only once a month.

This bill would reestablish a program known as the California Voluntary Tattoo Removal Program to provide funding for the removal of certain tattoos for certain individuals between 14 and 24 years of age.

This bill requires the mental health facility to make reasonable attempts to notify family members or any other person designated by the patient at least 36 hours prior to a certification review hearing. The bill also makes technical, substantive changes to provisions related to treatment of a person who threatened or attempted to take his or her own life.

Spot bill that would make non-substantive changes to the definition of state safety member.

This bill would state the intent of the Legislature to enact legislation relating to storm water runoff in California.

For students to participate in an interscholastic athletic program at school, they must have physical examinations that by law, are performed by physician, surgeon, and physician assistants. This bill would additionally authorize a doctor of chiropractic, naturopathic doctor, or nurse practitioner to perform that physical examination.

This measure would designate a specified portion of Ventura State Highway 134 in Los Angeles County that runs from Glendale and into Eagle Rock, between State Highway 2 and Interstate 210, as the President Barack H. Obama Highway.

This measure would request that the Department of Transportation erect informational signs on the Fair Oaks Avenue exit of Interstate 210 in the City of Pasadena, directing motorists to the Pasadena Armenian Genocide Memorial. 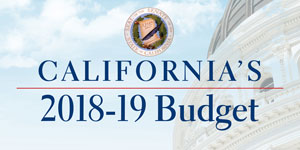 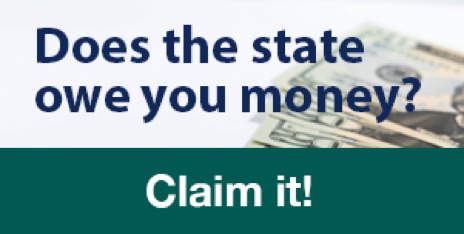