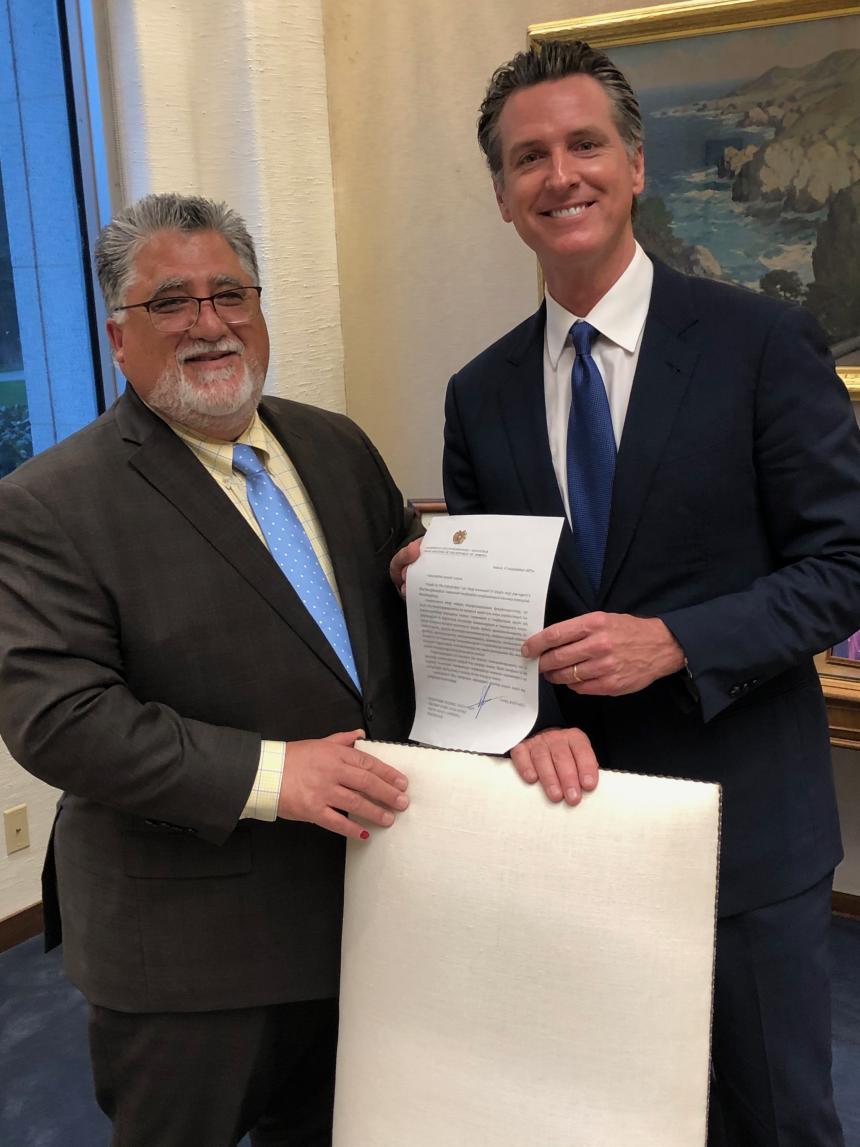 Sacramento, California – State Senator Anthony J. Portantino (D - La Cañada Flintridge) personally delivered an invitation from Prime Minister Nikol Pashinyan to Governor Gavin Newsom inviting the Governor to visit Armenia.  In September, Governor Newsom and Prime Minister Pashinyan met in New York to formalize the historic trade Memorandum of Understanding between California and Armenia. At the meeting they appeared to develop a positive relationship with each other.  Glendale based Counsul General Armen Baibortian recognized the strong relationship Senator Portantino has engendered both in Yerevan and in Sacramento and asked Senator Portantino to personally deliver the Prime Minister‘s invation to the Governor.

The productive establishment of the Trade Desk was the result of a year-long effort by Portantino to formalize trade relations between California and Armenia.  The fact that Yerevan is the first California International Trade Desk to be established is a recognition of the impact of the Velvet Revolution, the importance of the California/Armenia relationship and the significant presence Diaspora Armenians have in California.

“It was a tremendous honor to have had the opportunity to deliver a personal invitation from Prime Minister Pashinyan to Governor Newsom.  I was pleased to have first met the Prime Minister in Yerevan last year, in Los Angeles and again in New York.  Watching and listening to the genuine, warm conversation between the Governor and the Prime Minister has been one of the highlights of my time in office.  Having a front row seat for these important economic and historic events is a privilege.  I am very grateful to Governor Newsom for his commitment to strengthening our ties with Armenia and I hope he will one day take up the offer to visit Armenia in person like I have,” commented Senator Portantino.

In addition to representing a large and vibrant Armenian American Community, Senator Portantino is the Chair of the State Senate Select Committee on California Armenia Artsakh Art, Trade and Cultural Exchange.  He has long-standing positive ties to the Armenian Community.  The Governor has also enjoyed a very positive relationship with the Armenian Community dating back to his time as Mayor of San Francisco and the Senator looks forward to continued work to strengthen the special relationship that California and Armenia share.

“California and Armenia have so much in common and we should be doing everything we can to foster this connection. The Governor has a long and positive relationship with the Armenian American Community and his efforts to negotiate the MOU are to be commended.  I was very honored that the Consul General asked me to deliver the invitation,” concluded Senator Portantino.