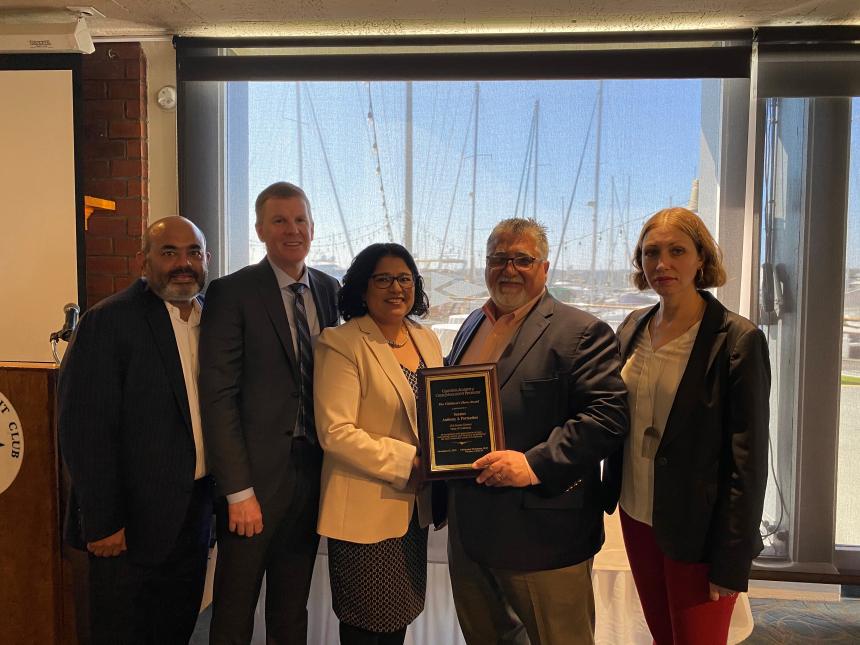 “As a father of two daughters, I try to legislate through the lens of a parent.  Being recognized for efforts to destigmatize mental health and expand care for all our children during these complex times is humbling and very appreciated. Sadly, far too many of our children grapple with anxiety, stress, depression, and other mental health issues. This is a serious issue facing kids and unfortunately the discussion of mental health is often treated as taboo. I look forward to continuing to work with the California Academy of Child and Adolescent Psychiatry to further bring recognition to the issues and help those in need,” commented Senator Portantino.

Dating back to his time in the Assembly, Senator Portantino has long been a consistent and passionate voice in advocating for increased mental health research and services. The Senator has previously authored bills such as SB 972, which requires schools to print the suicide hotline on student identification cards. Additionally, Senator Portantino worked extremely hard over the course of three years to pass SB 328 to push back start times for middle schools and high schools. Scientific data and research shows that later school start times lead to improved mental health for kids, with reductions in instances of anxiety, depression, and suicidal ideation. Mental health issues have become a crisis for the state of California and the Senator will continue to passionately advocate for this vulnerable group.

“California Academy of Child & Adolescent Psychiatry (CALACAP) is proud to present our 2019 Children’s Hero Award to Senator Portantino. Every year, CALACAP presents this award to a legislator or professional who has made an outstanding contribution to the children and families of California. This year, Senator Portantino has authored and supported several bills that would significantly impact and improve the overall health and well-being of the children in our state. We thank the Senator for his continued support,” commented Christopher Thompson, M.D., President of the California Academy of Child & Adolescent Psychiatry.