“Armenia is an important trade partner with California with strong and long-standing relationships.   SB 302 will formalize trade and economic ties.  As the representative of the largest Armenian community in a legislative district in the country, I am very honored and glad that this bill is moving forward in the Senate.  California is embracing the Armenian Community and all it has to offer our state and it’s exciting to be part of that excitement,” commented Senator Portantino.

SB 302 will establish a regional trade office to promote economic relations in a developing area of the world that show emerging market potential. The regional trade office would be located in Armenia and would serve the developing economies of Eastern Europe and Western Asia. Armenia has worked hard to develop diplomatic and economic ties worldwide. Today, 120 countries have recognized Armenia as an independent state and over 70 countries have established direct diplomatic relations.

“One or my top priorities as Consul General is to increase economic opportunities between Armenia and the California.  I was very pleased to offer testimony in support of this important proposal.  There is tremendous excitement in Yerevan, Glendale and Sacramento about the burgeoning beneficial relationship on the horizon and feel we are capturing that excitement.  Our hope it will lead to mutual benefit,” concluded Armen Baibourtian, Consul-General Armenia.

Former CA State Senator Jack Scott originally created the California/Armenia International Trade Office through legislation.  Former Governor Arnold Schwarzenegger terminated it in 2007. SB 302 would require the Yerevan trade and investment office to, among other things, promote the export of California goods and services into the Republic of Armenia and facilitate access to educational exchange programs between California and the Republic of Armenia 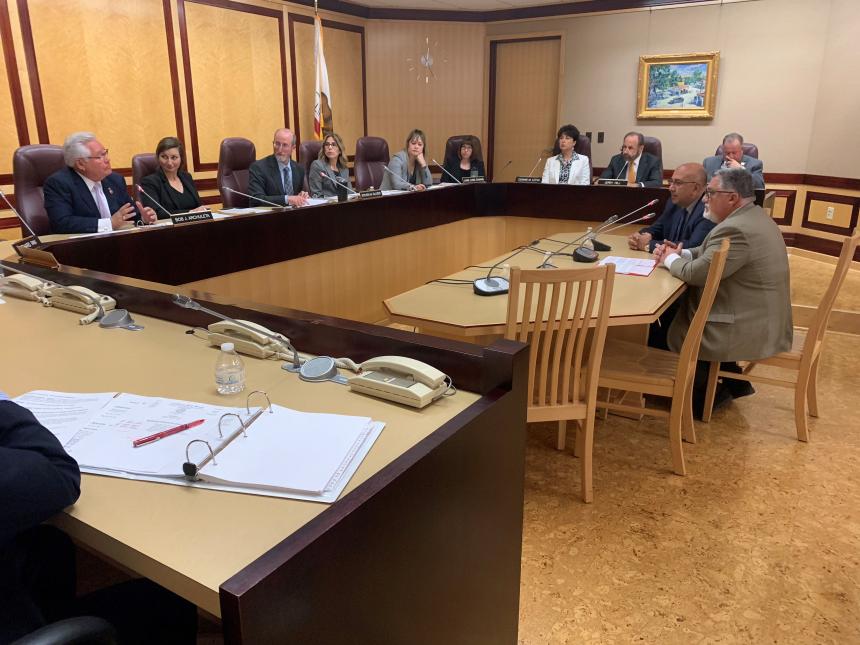