Ellis Island, New Jersey – On Saturday, California State Senator Anthony J. Portantino, D–La Cañada Flintridge, was awarded with the prestigious Ellis Island Medal of Honor Award by the Ellis Island Honor Society.  He joined 92 awardees from around the county “whose accomplishments in their field and inspired service to our nation are worthy of commendation.”  Senator Portantino joins notable Italian Americans Frank Sinatra, Joe Torre and Lee Iacocca as recipients of the Medal of Honor.  He was nominated for the award by two Medal of Honor awardees from the 25th State Senate District, Mary Najarian and Cecile Keshishian.

Since the first award in 1986, seven US Presidents, Generals Norman Schwarzkopf and Colin Powell, Secretaries of State Madeleine Albright, Condoleezza Rice and Hillary Clinton, Nobel Laureates Elie Wiesel and Malala Yousafzai, and Muhammad Ali have all received the Medal of Honor.

“America isn’t about politics; America is about people.  People who see progress as success and who uphold the values this country was founded on: life, liberty and the pursuit of happiness.  Whether you’ve saved lives, fought for our freedom or, with hard work and determination, risen to the top of your field, you have contributed immensely to our nation.  This momentous event is the Ellis Island Honor Society’s way of expressing our gratitude,” wrote Nasser J. Kazeminy in his opening remarks.

“It’s not often that I have the opportunity to honor my parents and grandparents in a manner that captures my family’s proud immigrant legacy.  Knowing that my grandparents and countless others came through the very same room where this award was placed on me made the night even more special.  I am very grateful to the Ellis Island Honor Society for recognizing the dedication I have for the people of California, the legislative record I’ve been able to accomplish in collaboration with my colleagues in Sacramento, and my entire Italian immigrant family, which shares this honor with me.  Without my grandparents coming to the US, my mother’s strength of character and warmth and my father’s service during WWII, which provided him the educational opportunity to provide for me and my three siblings, I would not be the person I am today.  I am very grateful to Mary and Cecile for nominating me and I am extremely moved and humbled by the experience,” commented Senator Portantino.

Notable recipients this year include

Hon. Adam B. Schiff, US House of Representatives, 28th District 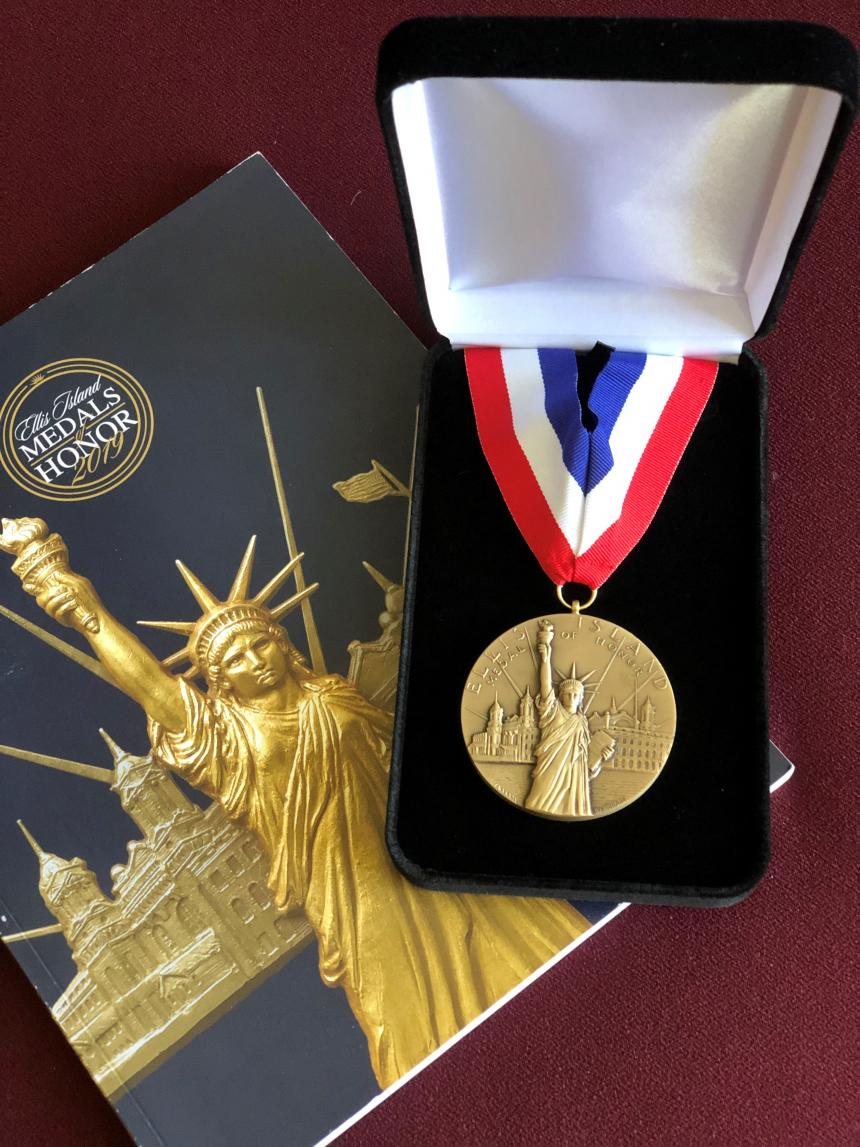