Through this legislation, Senator Portantino hopes to capitalize on the trade trip’s positive momentum with establishing the trade office. California is home to one of the largest Armenian populations outside of the capitol Yerevan, Armenia.  The 25th Senate District represented by Portantino has the largest Armenian population of any state legislative district in the country.

"There is so much excitement and optimism in Armenia under the leadership of Prime Minister Pashinyan and in California under Governor Newsom that we should capitalize on the moment and formalize a positive economic relationship with Yerevan.  I was a young politician sitting in the audience when the Jack Scott Bill was signed and I am very pleased to be in a position to help bring it back," commented Portantino.

"This is truly an important development for both California and Armenia.  We have long-wanted to reestablish the trade office and are very grateful to Senator Portantino and his colleagues for authoring this promising proposal.  I know it will be well-received by the Armenian Community in California and business and political leaders in Yerevan," added Consul General Baibourtian.

In September, Portantino, Stern, Sinanyan and the ANCA completed a tech trade trip to Yerevan and Guymri.  The trip was Portantino's second trip to Armenia.  Attending Senators and Assemblymembers were introduced to the many facets of the Armenia tech and education communities in Armenia's two largest cities.  The goal of the trip was to strengthen economic ties between California and Armenia.  During his first term in the Senate, Portantino established the Senate Select Committee on California, Armenia and Artsakh Mutual Trade, Art and Cultural Exchange.  Establishing the trade office is a natural extension of these efforts.

"Our community in California is igniting a renewed optimism toward the Armenian economy, something Senator Portantino witnesses first-hand.  We are lucky to have him championing and fostering this formalization effort.  Now, the responsibility falls upon all of us to ensure its success.  I am confident that the trade offices will lead to mutual economic and social benefit," commented Mayor Sinanyan.

SB 302 seeks to establish the trade office under the umbrella of Go Biz, the official economic development arm of the Governor's Office.  The legislation calls for the trade office to be funded by private funding.  Before funds can be raised, the office needs formal designation and creation.  Today, that effort took its first giant step.

"We are excited to be part of this effort.  The wonderful entrepreneurial spirit of Armenian Americans has a new avenue to pursue success.  It is truly exciting times in California and in Armenia," Concluded Senator Scott Wilk. 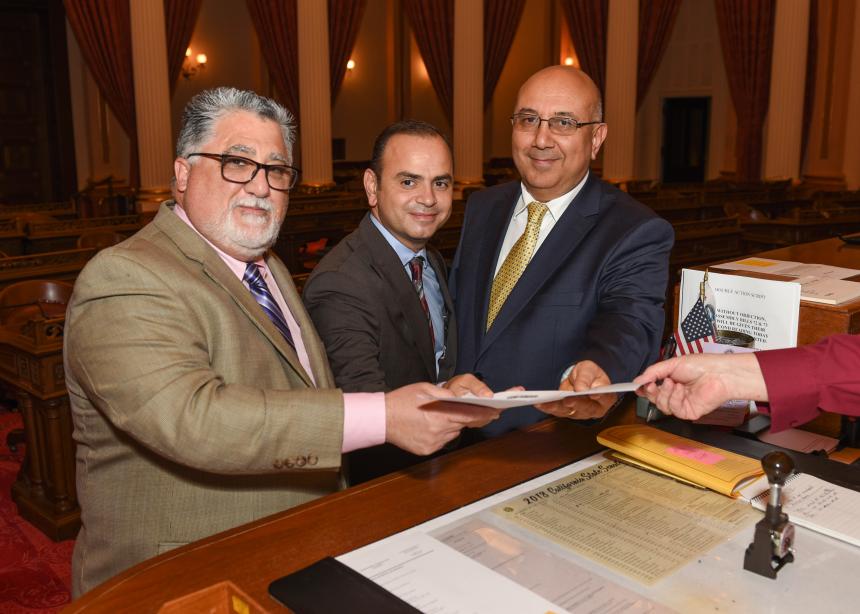